The 6 Most Common COPD Risk Factors

Chronic obstructive pulmonary disorder (COPD) is a serious condition that kills more than three million people worldwide every year. It causes millions of hospitalizations in the United States each year, people must know the risk factors for this condition.

COPD is a dangerous disease because it develops slowly over time and most people do not know they have it until significant lung damage is already present. Early prevention and treatment with medications like Flovent, Pulmicort, and Symbicort can help prevent respiratory problems and heart failure. Read on to learn more about the risk factors and symptoms of COPD.

Smoking is the leading cause of COPD and also the most preventable. According to the American Lung Association, smoking makes up 90 percent of COPD deaths. Exposure to tobacco smoke makes you 13 times more likely to die from COPD. Every cigarette you smoke increases your risk of developing this disease. It is not just cigarettes, but pipes and cigars also increase your risk.

Second-hand smoke is also dangerous for those who do not smoke. This is important for children and family members of smokers. A family history of COPD also increases your risk, which is further compounded if you decide to smoke. The amount of cigarettes or marijuana consumed affects the severity of your specific lung issues. [1]

Smoking irritates and inflames the tissues in the lungs. When you smoke, the cells that produce mucus in your lungs grow in size and thick mucus is produced. The lungs cannot properly get rid of this mucus so it stays in the airways and causes a chronic cough. Smoking decreases the number of air spaces and blood vessels in the lungs, which results in less oxygen reaching important parts of the body. [2] 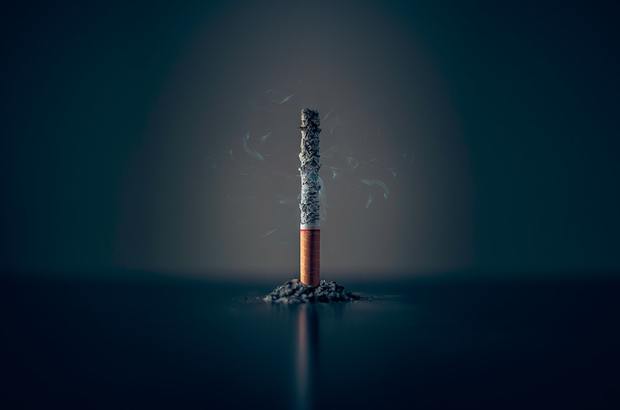 It is rare, but people who have never smoked or been exposed to dangerous particulates can be predisposed to COPD. The disorder that results in this condition comes from a lack of the alpha 1 antitrypsin (AAT) protein. This protein is produced in the liver and its primary function is to protect the lungs. The AAT protein protects the lungs by digesting damaged or aging cells to promote normal tissue healing. If this protein is not working properly, then it can attack healthy lung tissue and cause serious issues. [3]

Few people are aware they have this condition, so if you are experiencing symptoms of COPD and have no history of smoking or exposure to harmful chemicals, then you may want to be tested for this protein deficiency. An estimated 100,000 Americans have this deficiency, but doctors think that there are several other genes involved with a predisposition to COPD. [1]

Occupational exposures to dangerous particles is the second most common cause of COPD. Substances like cotton dust, silica, grain dust, and coal mine dust are the leading causes of occupational COPD. Other occupational agents like animal dander and platinum salts can also damage the lungs over time. [1]

In the United States, one survey found that 19.2 percent of COPD cases were related to workplace exposures. In the case of coal miners, the coal dust they breathe in settles in their airways and lungs. Their lungs try to get rid of these particles which trigger inflammation and eventually scarring (fibrosis). This scarring also affects the blood and oxygen circulation within the lungs, resulting in COPD. [4] 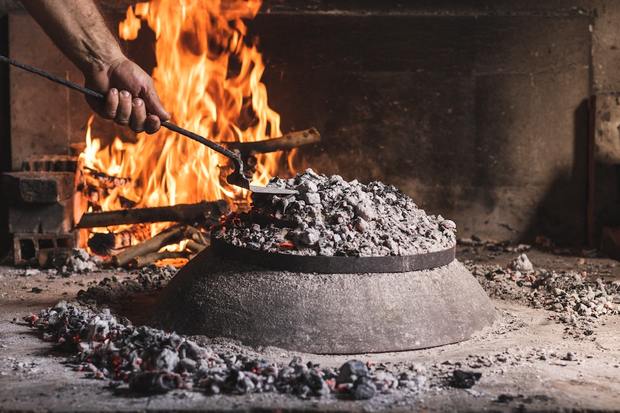 Indoor pollutants most often include tobacco smoke from a family member or smoke from burning fuel inside. Billions of people across the globe burn wood or coal indoors to cook food and breathing that smoke can cause COPD over time if the home is not well-ventilated.

Urban air pollution is most common in cities with heavy traffic and large industrial areas. The outdoor air can contain thousands of harmful irritants and living this way can have a major impact on a person’s quality of life. Outdoor air pollution can cause:

COPD most often affects people over the age of 45. The rapidly growing aging population is making the effects of COPD more apparent. When a body ages, the function of the lungs progressively decreases. Changes in the lung structure are most often attributed to the increasing size of the alveolar space within the lungs. This causes the lung to lose its elasticity and its healthy sponginess.

The aging body also loses muscle strength in the diaphragm and the breathing pattern is affected. The muscles within the airways and lungs can become atrophic (to waste away). The degeneration of these muscles results in less strength for effective coughing, which can lead to excess mucus in the lungs. This can lead to viral and bacterial inflammation of the lungs and these exacerbations result in COPD. [6] 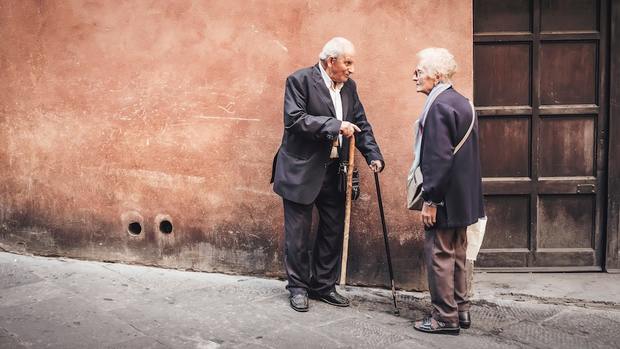 COPD can be hard to diagnose because its symptoms are similar to many lung diseases. The symptoms can occur occasionally and vary in intensity. The most common symptoms of COPD include:

Chronic cough: Coughing is how the body removes excess mucus and clears irritants from the airways and lungs. Yellow mucus is a sign of COPD.

Wheezing: Wheezing occurs when the airway is narrowed or obstructed due to an irritant. Your exhales may sound like a whistle. This obstruction may be caused by excess mucus in the airways.

Fatigue: When you cannot get enough oxygen in your system, your body becomes fatigued. Your lungs may be working extra hard to get oxygen in and carbon dioxide out.

Frequent respiratory infections: Those with COPD often have compromised immune systems, which makes it harder to clear the lungs of irritants like dust and harmful particles. Because of this, people with COPD often experience a high frequency of lung infections. [7]