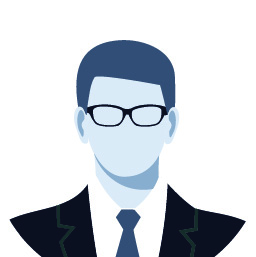 It is common within the diabetes community to compare treatment methods to get the best care possible. Patient questions are important because type 2 diabetes is the seventh leading cause of death in the United States. The medical costs for individuals with diabetes are 2.3 times higher than the average person, so it is no wonder that many medication comparisons arise. [1]

Metformin is the standard medication given to those trying to stabilize their insulin levels. Januvia is a diabetes medication relatively young, having passed inspection in 2006, whereas metformin has been widely used in the U.S. since 1995. [2]

It is sometimes thought that the two medications compete with each other, but in reality, a prescribed mix of the two can lead to positive results in diabetes patients. Both drugs react with the body differently, so some doctors prescribe one or the other. Prescriptions depend on several factors, like the insulin-producing ability of the patient’s pancreas. If your doctor has prescribed you Januvia 100mg or 50mg, you can save on your medication by ordering from a Canadian Pharmacy like Canada Pharmacy Depot.

Metformin is usually the first line of defense for a newly diagnosed type 2 diabetes patient. Metformin is the generic name for commonly used medications like Glucophage and Fortamet. The drugs that contain metformin increases the sensitivity of the liver, muscle, fat, and other tissues. This sensitivity stimulates the effects of insulin, which then lowers blood sugar.

Get savings updates for Metformin

Specials offers, medication updates and health news delivered right to your inbox.
By continuing, you agree to Canada Pharmacy Depot Terms of Use and Privacy Policy

Metformin is so popular because it does not increase insulin concentration in the blood and does not cause low blood glucose levels (hypoglycemia) when used by itself. Interestingly, metformin also treats symptoms in polycystic ovary syndrome and various psychoses. [3]

Januvia is the commonly used trade name for the generic medicine sitagliptin. This drug differs slightly than metformin in its function. Januvia works by increasing insulin release and decreasing glucagon (cells that raise the concentration of fatty acids in the bloodstream).

Glucagon levels slow the inactivation of incretin hormones (insulin stimulators) in the gut. Incretin hormones release after a meal and stimulate pancreatic insulin secretion. In simpler terms, when your body senses high blood sugar, Januvia helps to lower it, and when blood sugar is low, Januvia works less. If you are worried about the cost of Januvia, you can purchase this diabetes medication at discount prices through Canada Pharmacy Depot.

Because both medications trigger different functions in the body, your doctor will prescribe one or both of the medications. Prescriptions depend on how your body is affected by diabetes and other pre-existing conditions. Over 1,000 patients with type 2 diabetes were placed in a placebo-controlled study to test the efficiency of these two drugs together. These patients were administered 2000 mg of metformin immediate-release and 100 mg of sitagliptin divided twice a day.

After 24 weeks, 66% of these patients got their A1C (blood glucose level) level under the American Diabetes Association’s (ADA) recommended 7%. This compares to only 38% of those who took 2000 mg of metformin only. These clinical trials show that if a patient is eligible for the use of both medications, they can have positive effects on diabetes symptoms and blood sugar levels.  [1]

Instead of taking two separate drugs, a combination of Januvia and extended-release metformin has been created. In 2007, Janumet hit the shelf. This medication targets three factors: increasing insulin production in the pancreas, decreasing excess sugar production in the liver, and helping the body effectively use its insulin. Your doctor will let you know which medication is right for you.

Because metformin and Januvia often pair together, there are not many negative interactions between the two drugs. Each drug has its separate side effects, and new users should contact their physician if any of the symptoms below arise. Your doctor will let you know about specific interactions that may affect you, like combining Januvia and grapefruit.

Nausea, vomiting, diarrhea, and loss of appetite are common side effects with metformin. One out of three patients experience these symptoms, but they often subside with prolonged use of the drug. More severe symptoms can include lethargy, constipation, respiratory tract infections, heartburn, and hypoglycemia (low blood glucose). These side effects cause one out of 20 patients to discontinue the use of metformin.

Lactic acidosis is a rare side effect, but it is dangerous and you should seek treatment. Lactic acidosis occurs if a person has a problem with their liver and kidneys, which are two organs regularly affected by diabetes. These organs do not efficiently remove excess acid from the body, and lactic acid can build-up, disrupting the body’s pH level. When there is not enough oxygen in the muscles to break down glucose, lactic acid build-up occurs. Signs of lactic acidosis include fruity breath, jaundice (yellowing of the skin), and trouble breathing. [1]

The Januvia pill has similar side effects, but since it is a separate medication, it varies a bit. Upper respiratory infections and headaches are relatively common, as well as nausea and abdominal pain. More serious complications include kidney failure and pancreatitis. Prolonged inflammation of the pancreas characterizes pancreatitis. This occurs when digestive enzymes activate while still in the pancreas, which irritates the cells, leading to inflammation. If a patient cannot control their blood sugar despite having well-controlled diabetes, they could be showing signs of pancreatic cancer.

A woman with diabetes can experience some complications if she becomes pregnant. There are no adequate studies detailing the use of Januvia and metformin while pregnant, so consult your doctor if you become pregnant. It has been proven that metformin is excreted into breast milk and can transfer to an infant via breastfeeding, so nursing mothers usually avoid using metformin. In terms of Januvia, it is not yet known if it transfers through breast milk. Consult your doctor for what medication plan is right for your pregnancy.