People often confuse COPD and emphysema as two separate conditions, but they are very much connected. Chronic obstructive pulmonary disorder is an umbrella term for several conditions, emphysema being one of them. Emphysema is a progressive lung disease caused by over-inflation of the air sacs (alveoli) in the lungs. Those with emphysema have COPD, but not everyone with COPD has emphysema.

Both conditions are most typically caused by smoking or exposure to smoke over some time. Like COPD, emphysema is characterized by shortness of breath. It is also not curable, but symptoms can be controlled with proper treatment. [1]

Emphysema is a lung condition that causes the lung to lose its healthy, sponge-like appearance. The lungs of emphysema patients resemble old sponges with large holes in them. This happens over a prolonged period. This progressive disease occurs when there are small holes between the alveoli (air sacs). These holes eventually collapse the walls of the air sacs, which then creates large air spaces. These spaces trap old air, which makes it difficult for people to get fresh air in the lungs.

The blood flow through these air sacs is also impaired, which means that people with this condition have trouble receiving enough oxygen in the body. As mentioned above, cigarette smoking is the leading cause of emphysema, but also the most preventable. 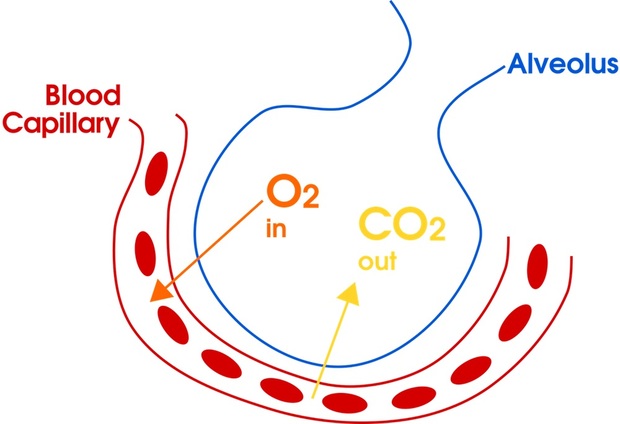 There are several variations of emphysema and your doctor will help you determine your specific case with the proper tests.

Subcutaneous emphysema: This type of emphysema occurs when air or gas gets under your skin tissue. This condition most often occurs in the tissue of the neck or the chest wall. A smooth bulging will appear on the skin. This is a rare condition, but the main causes of subcutaneous emphysema include:

Your doctor will administer several tests to determine if you have subcutaneous emphysema. X-rays of the chest and abdomen can assess lung function and determine if there are air bubbles. Treatment may include supplemental oxygen therapy, but a lung transplant may be necessary in more severe cases. 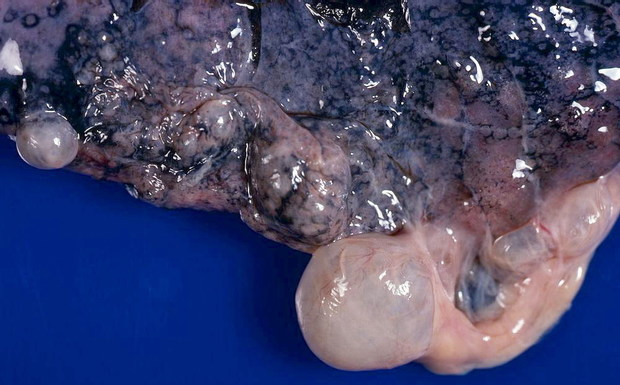 Bullous emphysema: This type of emphysema occurs when bubble-like cavities (bullae) filled with fluid or air develop in the lungs. These bullae grow in the upper lobes of the lungs and can take up one-third of the chest. If the bullae become inflamed or rupture, lung function can be greatly impaired. Some symptoms of bullous emphysema include:

Like most cases of emphysema, smoking is the leading cause of bullous emphysema. Some studies suggest that marijuana smoking may also cause this condition. Certain genetic disorders like Marfan or Ehlers-Danlos syndrome may put you at higher risk.

Paraseptal emphysema: This type of emphysema is characterized by swelling and tissue damage to the alveoli (tiny air sacs). These small air sacs allow carbon dioxide and oxygen to flow in and out of the body. Breathing is greatly affected if the air sacs are not functioning properly. This form usually occurs on the back of the lung. This condition can also progress into bullous emphysema. Some symptoms of paraseptal emphysema include:

This condition can result in a collapsed lung if proper treatment is not taken. Paraseptal emphysema is often linked to pulmonary fibrosis and other interstitial lung diseases. [4]

If your doctor suspects emphysema, several tests will be conducted to determine the root of your lung problems. Doctors will most likely perform the following to give you an accurate diagnosis:

Lab tests: Blood tests can determine how much oxygen and carbon dioxide is in your bloodstream.

Chest x-rays: X-rays can help diagnose advanced emphysema and rule out other causes. The 3D images can show doctors the state of your lungs. 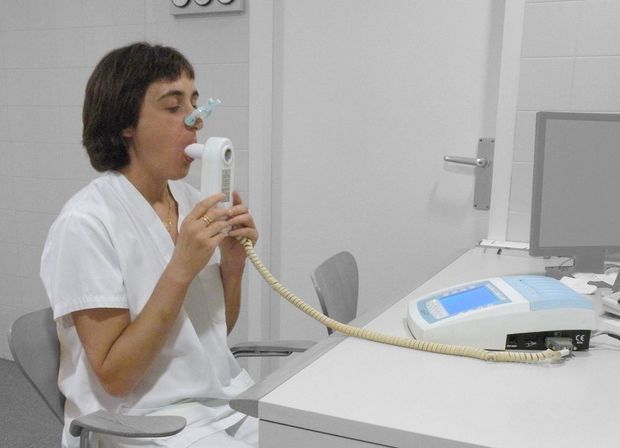 Lung function tests: These tests measure how much air your lungs can hold. This test usually includes a spirometer, which involves a patient blowing as hard as they can into a tube connected to a spirometry machine.

Medications: There are several different types of medications that are useful in treating emphysema including bronchodilators to help relax the airway, antibiotics to treat infection in the lungs, as well as inhaled steroids like Flovent.

Therapies: Many breathing techniques can be learned to help patients get more oxygen into the body. Nutritional therapy can also be beneficial because people with late-stage emphysema often have trouble maintaining a healthy weight. Supplemental oxygen can also be administered through a nose tube to make sure enough oxygen is circulating within the body. [5]